I hardly ever seem to put up movie reviews, so here’s one for the film adaption of one of my fave books! 🙂

Visually lush and studded with a cast of characters each more intriguing than the other played by renowned actors, this 2017 adaptation of Agatha Christie’s most well-known murder mysteries, Murder on the Orient Express rehashes a known story with a wholly fresh veneer and follows the detective Hercule Poirot as he attempts to solve the mystery of a murdered train passenger and uncover the travelers’ secrets.

The cinematography of the film is brilliant: the movie picks up in Istanbul, and extreme long shots are used to show the scape of the city—the color grading here is also quite nice, using deep, warm golds and oranges to give a feel for the richness of the bustling metropolis. Much of the movie also takes place on a train, and aerial view shots are used effectively to show the train’s long journey as it moves across the snowcapped mountains of Europe, and the audience is captivated. Here the lighting is airy and crisp, reflective of the season and setting. When one of the characters is interrogated outside upon the breaking down of the Orient Express, it almost feels as though the viewer is standing outside in the winter air due to the clear brittleness of the light. The inside of the train, in great contrast, is dimly lit by only candles and small lamps. 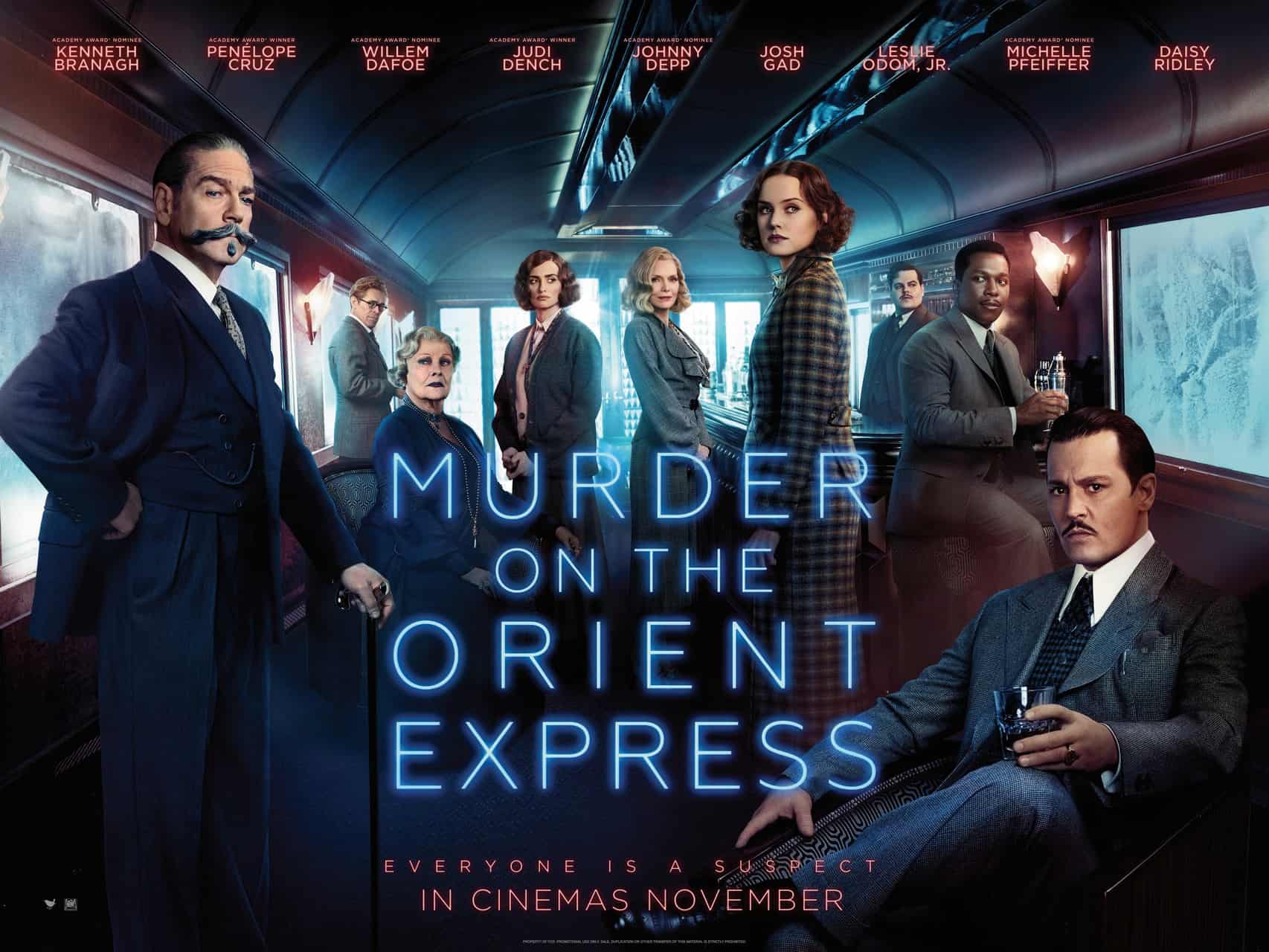 As it is a period film, the costumes are all reflective of the time the story takes place. They are each intricate and unique; the higher-class travelers on the train don thick fur coats and sparkling jewelry while the more common folk wear simpler clothing that is no less detailed. The makeup is mostly kept understated with berry lipsticks and nude eyeshadows to reflect the looks of the day, and the men of the film almost all have the pencil mustaches that were popular then. Hercule Poirot’s is the most prominent, of course, staying true to Poirot’s signature mustache in Agatha Christie’s novels.

The sets are just as sumptuous as the film’s wardrobe. The train, for one, is the Orient Express, which was a historical train that was the epitome of luxury in the 1930s. It is marvelously detailed and stylish, but not lacking any of the claustrophobia that comes with the close-quarters of long distance by train.

Not intruding on the dialogue and happenings of the movie but helping to accentuate the gravity of the situation the movie revolves around, melancholic and dramatic piano and strings make up Murder on the Orient Express’s soundtrack.

Kenneth Branagh stars as Poirot, who utterly dominates the screen with his commanding, visibly intelligent, and somewhat eccentric demeanor. The rest of the star-studded cast performs just as well, playing the roles of the train’s passengers so that the viewers can’t help but be suspicious of them while also rooting for them. They all make much out of very little; that is to say, brief intervals of interrogation are deftly handled to communicate to the viewer each character’s troubles and personality. At the conclusion of the whodunit, Michelle Pfeiffer particularly stands out in an emotional performance that is moving and evocative of the themes of the movie, which deal with how lives can be torn apart, the efforts people will go to avenge those who have been wronged, and, to the obsessive but brilliant Poirot’s horror, the disorder of the world and messiness of people.

Murder on the Orient Express is somewhat slow-paced and rather dialogue-dependent; there is suspense throughout, certainly—it is a murder mystery, after all—but it relies heavily on the actors’ powerful presences as Poirot flits from cabin to cabin interrogating the passengers. The denouement comes at the perfect time—just when most viewers would be completely mystified by the direction the mystery is heading—or when more observant viewers begin to have an inkling of who the murderer may be.

Though this iconic mystery has been made into a film several times, Murder on the Orient Express stuns the senses and does not fail to encapsulate the suspense and richness of this novel.

One thought on “Movie Review || Murder on the Orient Express”