English boarding school Deepdean students Hazel Wong and Daisy Wells have formed a secret detective society. The only problem is that they haven’t had any cases to solve. How thrilling. But then everything changes when one evening, Hazel stumbles upon the science teacher’s body in the gym! Struggling not to faint, Hazel returns to Daisy with the macabre news. When the two return to the gym, however, Miss Bell’s corpse has vanished into nothingness! 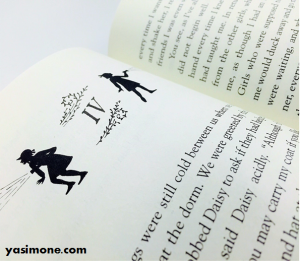 With Daisy enthusiastic and practically bouncing with glee to be a crime-solving detective like in her beloved whodunit novels and Hazel more than reluctant, the duo takes it upon themselves to solve the murder of Miss Bell (because, let’s be honest, why would a body disappear like that if it had just been an accident?). Solving a murder mystery, however, is not as simple as it seems; they’ve got too many suspects, too little clues, and no way to prove that there even was a victim! Everyone believes that Miss Bell has just resigned, but Hazel and Daisy know better. As they investigate around the school and gather alibis, each girl forms her own opinion on who killed Miss Bell, and why. But just when they think they’ve got a lead, everything they think they know is proved to be wrong. Will they be able to solve the case of The Murder of Miss Bell, or will the killer stay on the loose?

I absolutely ADORED (with all capital letters) this book. It’s the perfect combination of Nancy Drew, Sherlock Holmes, clever students, boarding school, and sneakiness… what’s not to love?

The prose, narrated by Hazel— the more sensible and thoughtful of the two —was charming and witty and oh-so-very English. I also found the plot to be nicely done: Although the case itself was relatively simple, it had just the right amount of twists and turns to keep you in suspense and confused along with the girls. For an embarrassingly long time, I could not figure out who the murderer was! But don’t tell anyone I said that. 😉

The characters and their friendships were also extremely well formed. Robin Stevens certainly managed to capture a realistic relationship between two girls so different in school status— the blue-eyed, blonde-haired sweetheart of the school and the clever, quiet foreign student. Their friendship is complex and feels very genuine. And unlike in some other books where children are the main characters, I was pleasantly surprised to find that the adult characters were not bumbling, clueless idiots. As for the setting, I’ve always found charmingly sinister boarding schools to be great for a story to take place in. Add a quaint 1930s flair and a touch of British-ness and you’ve got a school everyone will want to attend, including me. 🙂 A fun, suspenseful book full of red herrings and suspicious characters, Murder is Bad Manners is the perfect book to curl up with indoors on a dark and stormy afternoon.

By the way, in the upcoming weeks I’ll be doing a bit of travelling, so I may not be able to post as much. Just thought I’d let you all know in advance. 🙂